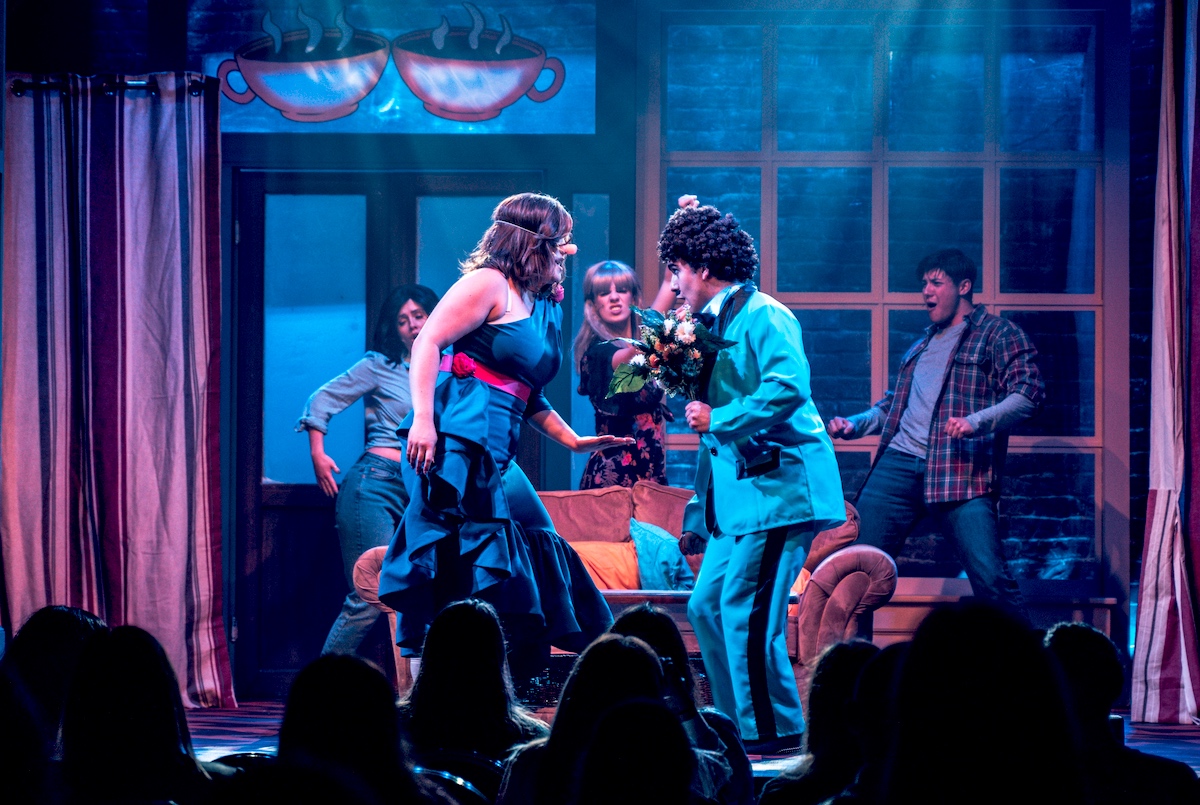 Why was Emily in bed a lot on Friends?

If you’re a big fan of the comedy show Friends you’ll know all about the disastrous marriage between Ross and Emily, which seems doomed before it even gets started (that momentwhen Ross says, “I, Ross, take thee, Rachel…” is particularly memorable for all the wrong reasons).

Season 5 involves a lot of long distance calls between Ross and Emily, without anything getting resolved between them. In the end, they agree that the marriage is over. But why do they never try to patch things up face to face – and why is Emily in bed such a lot of the time?

Well, between the filming of Seasons 4 and 5, the actress who plays Emily – Helen Baxendale – became pregnant. As a result, she was unable to travel to the US to do any filming.When she appears on camera, she’s heavily wrapped in bed clothes to hide herbaby bump. Baxendale’s pregnancy also meant she was written out of the script alot earlier than intended. Although she was invited back to reprise the role in Season 10, she turned it down. But don’t worry, Emily makes a cameo appearance in Friendsical… In a way that you might not be expecting!

The origin of the Emily/Rachelmix-up

The mix-up of Emily and Rachel’s names at Ross and Emily’s wedding came about because of a genuine mistake made by actor David Schwimmer. In the rehearsal for a previous episode, Schwimmer got his line wrong and instead of saying, “Emily, the taxi’s here,” he said “Rachel, the taxi’s here”. At the time, the writers were still deciding how Ross and Emily’s storyline would pan out, and the mix-up gave them the idea tohave Ross say Rachel’s name by mistake when taking his vows.

Within the series, this moment adds more fuel to the complicated on/off relationship between Ross and Rachel. We can only imagine how things would have ended between Ross and Emily if Helen Baxendale hadn’t fallen pregnant and stayed at home in the UK.

Emily is a character that appears to divide fans of Friends. While some hate her for her behaviour in Season 5 – trying to get Ross to cut Rachel out of his life and displaying controlling behaviour – others stand by her and praise her leniency and forgiveness when dealing with Ross and his slip up at the altar.

Some argue that Ross is a better person with Emily than with Rachel – proving more relaxed and spontaneous with her than with Rachel and ultimately achieving a more functional relationship.

Relive the magic of Friends

Although Friends fans in theUK can enjoy reruns of the show, a fun-filled way to catch up with your favourite gang of six this year is by going to see Friendsical, the musical Friends play. An original and unique parody inspired by the iconic TV show, this is one of the best comedy plays currently on tour. Book your tickets today to enjoy new songs, crazy antics and plenty of nostalgia.