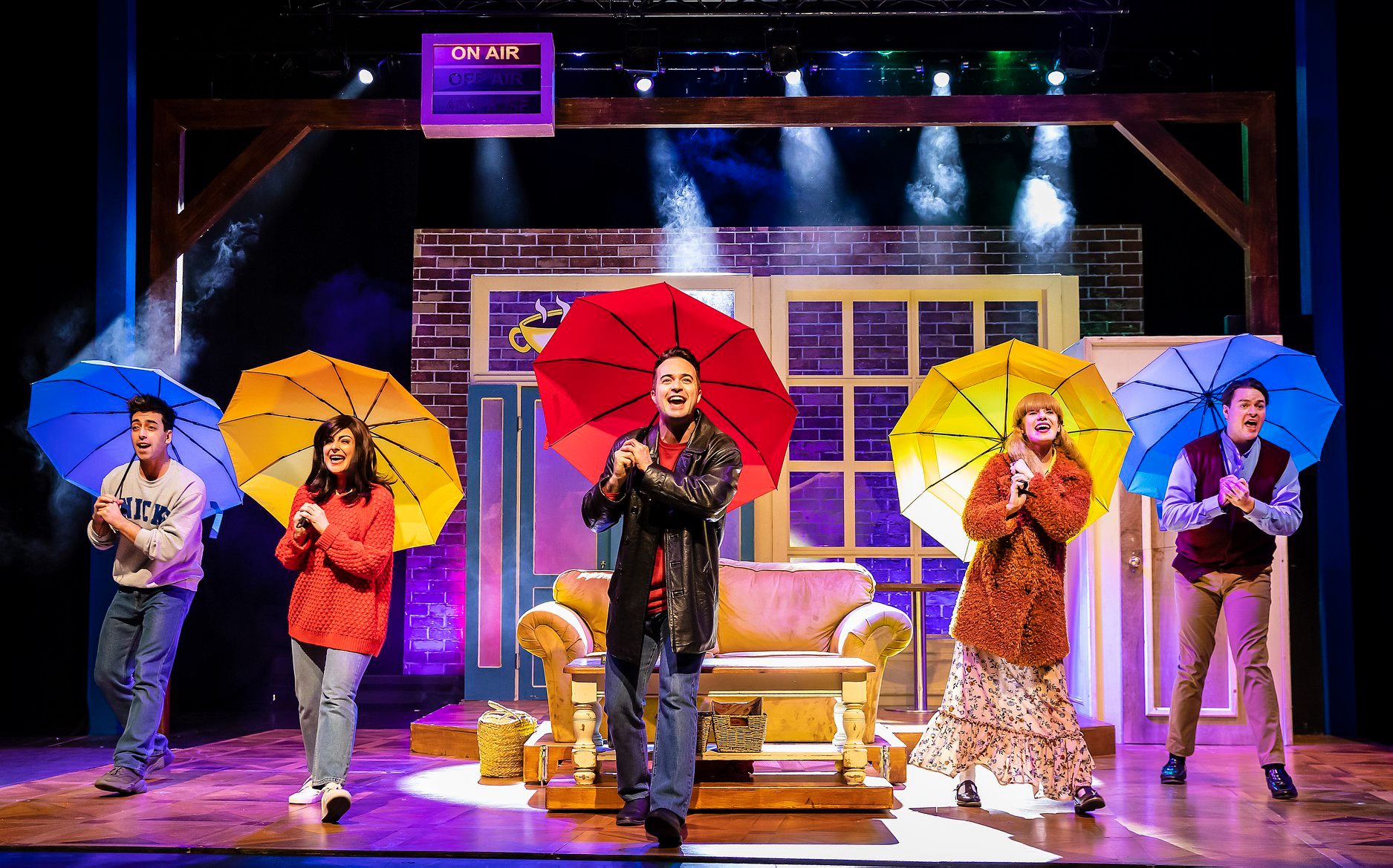 7 Behind the Scenes Facts About Friends – one fact for every friend, and the 7th friend, Gunther!

There’s nothing quite like a bit of nineties nostalgia, with Friends fandom continuing through to today. There’s something really lovable about the six New Yorkers navigating their way through life (fueled by coffee). But have you ever wondered what went on behind the scenes? Here are seven facts to keep your love of Friends alive. And if you’re in need of a comedic hit, don’t miss Friendsical, a Friends play based on the iconic TV show.

1. The Dog Statue Belonged to Jennifer

Believe it or not, Joey and Chandler’s famous dog statue actually belonged to Jennifer Aniston. It was given to her as a gift when she got the role in Friends. Friendsical even has its own version of the iconic pooch!

2. The Cast Went to Caesar’s Palace Before They Found Fame

Just before the first episode of Friends aired, the cast went to Caesar’s Palace for dinner and a night of gambling. James Burrows, the director of the Pilot episode, told them to make the most of their anonymity because they’d be famous once the show went out - and he was right. Caesar’s Palace is the same casino where Joey gets a job.

Matthew Perry brought the stage to life as Chandler Bing. But did you know that his father also enjoyed a short stint in the show? In the episode where Rachel waits for Joshua in her lingerie and his parents come home, Joshua’s dad is Matthew’s real-life father.

4. Matt LeBlanc is Fluent in French

In “The One Where Joey Speaks French” it’s clear that Tribbiani doesn’t have a clue. When Phoebe tries to teach him, she says, “Je m’appelle Claude.” Joey tries to repeat what she’s just said, but it comes out as, “Je te flouppe Fli.” As funny as it is, both Matt LeBlanc and Lisa Kudrow are both fluent in French. See if you can spot this reference in Friendsical!

David Schwimmer has enjoyed many directing roles since the Friends series ended. But he also directed several Friends episodes including “The One With the Red Sweater” and “The One With All the Candy.” Now in Friendsical, Ross gets to narrate the story!

6. The Theme Tune Was Meant to Be Shiny Happy People by R.E.M

It’s hard to imagine friends with a different theme tune. But in the early days it was meant to be Shiny Happy People by R.E.M. They ended up settling on I’ll Be There for You by the Rembrandts, who only wrote a little snippet of it for the show. It got so popular, however, that they later recorded a whole version. And there have been any songs used throughout the Friends series… Many of which have been parodied in the Friendsical songs.

7. Monica and Chandler Weren’t Meant to Be Together

Original scripting did not place Monica and Chandler together. They were meant to hook up in London. But when the audience went crazy for the storyline, the creators decided to grow the storyline and turn them into a couple.

If you love Friends, don’t miss Friendsical, a musical parody based on the hit series and one of the best comedy shows of the summer. Comedy plays don’t get much better so book your tickets today.