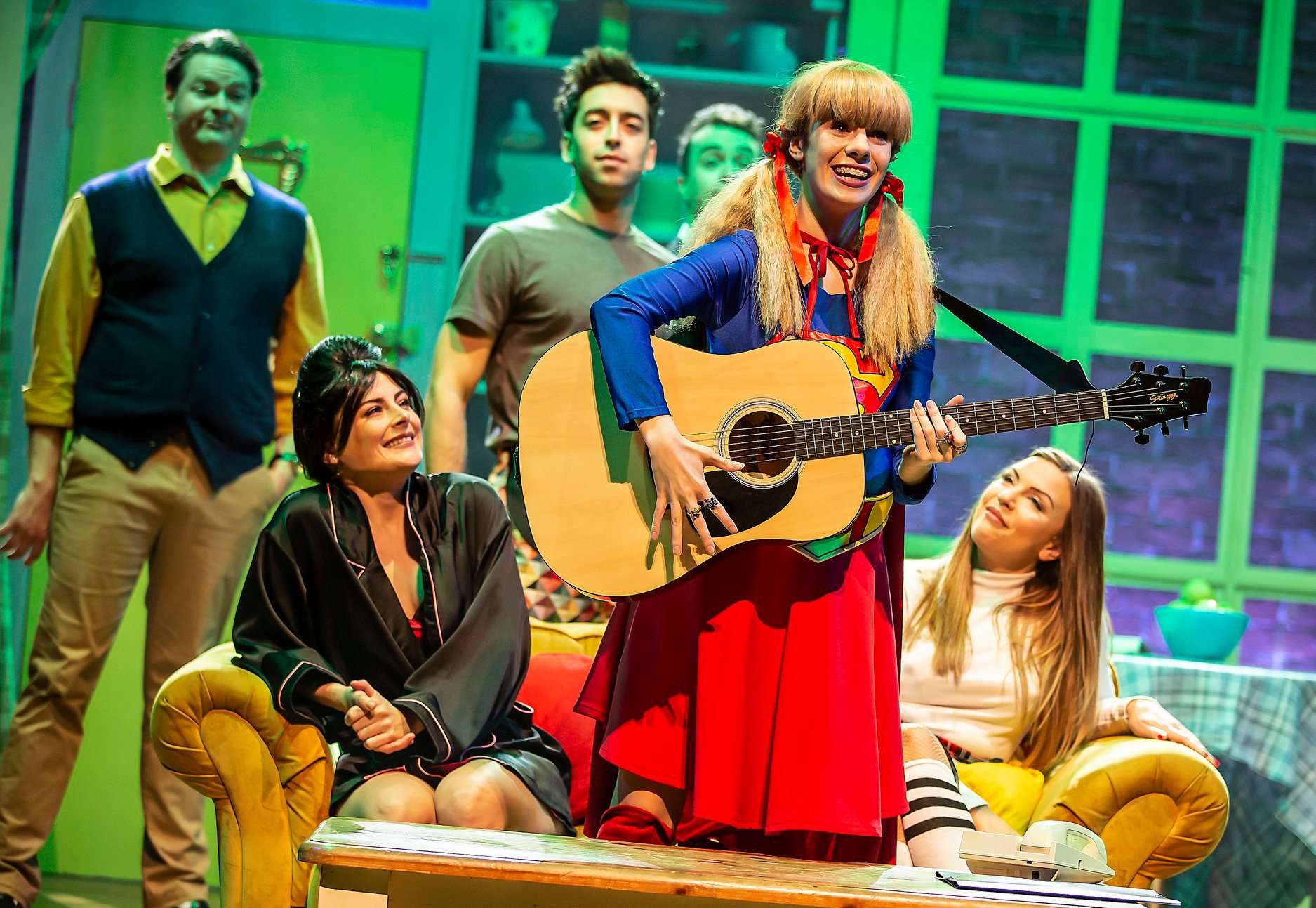 Fun Things you Didn’t Know About Filming the Friends Series

You may have watched the iconic Friends TV series over and over again. But have you ever wondered how the show was made or what the outtakes were like? In Friendsical, it feels like you are a part of alive studio audience… Even the Studio Floor Manager is part of the action. Or maybe you’ve gone behind-the-scenes before and checked out cut scenes or acting blips. Whatever the case, here’s a run down of fun things you didn’t know about filming the friends show.

When filming, David Schwimmer (Ross Geller)accidentally said, “Rachel, the taxi’s here” instead of “Emily, the taxi’s here. This inspired writer Greg Malins to create the wedding scene in which Ross says Rachel’s name as he ties the knot with Emily.

The scenes between Ross and Rachel are pretty intense. They’re certainly each other’s ‘lobsters’ as Phoebe would say. But did you know that David Schwimmer and Jennifer Aniston actually fancied each other in real life? They thought the rest of the cast didn’t know, but they had their suspicions. Unfortunately, David and Jennifer were never single at the same time, so nothing came of their relationship. What could have happened if they became a real couple?

Remember the scene when Joey walks in wearing all of Chandler’s clothes? Well, not all was as it seemed. Costume designer Debra McGuire said, “What we did was take all these pieces from his iconic wardrobe and cut them so they were flapped and looked like they were layer upon layer upon layer… we undid that costume from the back, so he went in through the back and his arms would go in, and it was Velcroed with a piece that went over the back so we couldn’t see the Velcro. It was quite an amazing construction job.” And you can see this iconic costume re-created in Friendsical!

Phoebe’s long-time crush on scientist David is well-known. But, while he’s off in Minsk doing sciency things, she meets Mike and enjoys a comedic yet loved-up relationship with him - of which Mike’s posh parents definitely do not approve. All works out well in the end with a very snowy wedding, meticulously organised by Monica. The twist is that Phoebe was actually meant to end up with David. But the writers liked Paul Rudd’s Mike so much that they changed the plot.

Friends is designed to be funny. So it’s no wonder that the actors had issues maintaining composure while filming. There’s a blooper from The One With Joey’s New Brain, where Ross plays the bagpipes and all six core cast-members break into fits of giggles. There was also a blooperin the season 3 episode The One With the Giant Poking Device. Chandler finds out his girlfriend Janice has been getting it on with her ex-husband again, and he's raging. This leads Janice to hyperventilate into a brown bag. On the day of recording in front of a live audience, Chandler grabs the bag harder than in rehearsals and it pops causing both Matthew and Maggie Wheeler (Janice) to try and hide their laughter.

If you love Friends and are in need of some more comedy in your life, don’t miss Friendsical, a Friends-the-musical parody, which is based on the hit series. Book your tickets today.