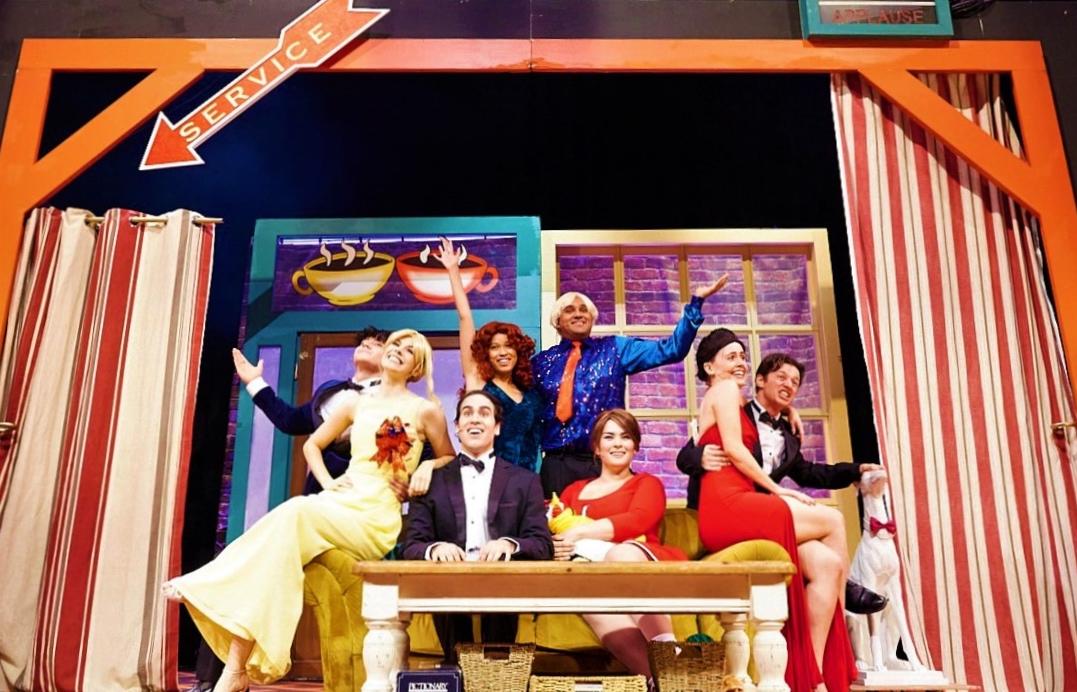 Friends: What we know about Central Perk Café

So much of Friends takes place in Central Perk Café that it’s almost a character in its own right. It’s where the first scene of the pilot episode takes place, and where the six friends share stories, drink coffee and meet dates. It’s even intimated that Central Perk is where the characters are headed after they leave Monica and Chandler’s apartment for the final time in the final episode. So what do we know about the friends’ favourite café?

In Season 1, the scenery outside the Central Perk window was simply a painted backdrop. It was only later that it moved to a larger stage to accommodate a set that was built to resemble an entire city block, which featured a news stand (where the gang reads another of Joey’s terrible reviews), a restaurant, a record store and a florist.

Ever wondered why that orange sofa is permanently available for the friends to slouch down on whenever they walk in? (Except for ‘The One with the Bullies’, where Chandler and Ross come in to find the sofa taken.) Eagle-eyed viewers may have noticed the ‘Reserved’ sign that sits on the coffee table in front of it, indicating that the group has called ahead to ensure their favourite spot isn’t taken. The reserved sign even features in Friendsical.

It wasn’t until Season 2 that Gunther was given a name and lines; during Season 1 the bulk of his performance was simply moving around and looking busy. Fans will mostly remember him forthe amount of time he spends crushing on Rachel – but did you know he was the real deal? Actor James Michael Taylor actually worked as a barista at a Hollywood coffee house before – and during – his time on the show. A special song was written for Gunther for the festival version of Friendsical, but it proved so popular it was added to the full touring show, and dedication to the late actor.

Fans taking note of what’s going on beyond the main action would have noticed that the artwork on the walls of Central Perk frequently changes – every three episodes in fact. Throughout the ten seasons, over a dozen original pop art paintings by former Pittsburgh-based artist Burton Morris were on show.

Gunther and Central Perk became synonymous, with the character appearing in 149 episodes. The café’s manager Terry, however, only appears in two episodes. When he does appear, he makes disparaging remarks about Rachel’s waitressing and Phoebe’s singing.

Often, the coffee in the main cast members’ cups was real, but extras had to make do with pretending to sip from empty cups. During Season 2, set designer Greg Grande and his team got creative and started making their own coffee logos and brands, which can be seen on the counter.

If you’re a fan of Friends and looking for things to do around Dundee in October, don’t miss Friendsical, the Friends the musical parody. Packed with hilarious antics and original songs such as (He’s Her) Lobster! and Richard’s Moustache, it’s the perfect dose of nostalgia for long-time enthusiasts of the 90s sitcom. It’s playing at the Whitehall Theatre from 17-19 October, so don’t waste time wondering what to do in Dundee – book your tickets today!