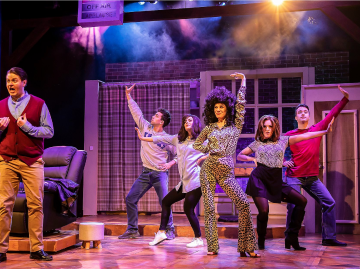 Chandler’s Not So Funny Jokes

Well-known for his dry and sarcastic sense of humour, Chandler Bing is certainly one of the funnier characters in the iconic Friends show. But he can also be cutting, using humour as a defence mechanism. So, let’s check out some of the times, Chandler takes things a little too far…

Unable to break up with his girlfriend Janice in a kind and conventional way, Chandler tells her that he’s going to Yemen until they find something to ‘replace fuel.’ When Joey says, “Thanks for telling me,” Chandler replies with “I’m only ‘pretend’ moving to Yemen, it’s the only way I can get rid of her.” Joey then steals the punchline stating, “Yemen actually sounds like a real country.”

A bit later in the episode we see Janice and Chandler at the airport where Chandler is forced to secretly ask for a ‘fake ticket to Yemen. ’He even tries to offer his library card as a fake form of payment buteventually caves and pays $2100 dollars to get away from his girlfriend. In the meantime, Janice promises to write to him every day at his new address “15 Yemen Road, Yemen.” Check out the moment when Janice turns up in Friendsical… How will Chandler dump her this time?

On an old high school web page, Chandler posts that Ross died. Here’s how the conversation between Ross and Chandler pans out.

Ross: “Posting that I died? That really isn’t funny.”

Chandler: “Well HOW you died was funny.”

Chandler: “It kills over one Americans every year.”

Of course, joking about death is always controversial and perhaps one of Chandler’s not so funny moments.

But despite some of his bitter forms of humour, Chandler did give us some loveable moments and summed up his own personality with the classic line, “Hi, I’m Chandler. I make jokes when I’m uncomfortable.”

That’s right, Chandler Muriel Bing is our loveable loser, who went through life not knowing what love was… “Until I was 25, I thought theonly response to ‘I love you’ was ‘oh crap’!” At least in the end he married his best friend, Monica.

If you love the sitcom, don’t miss the Friends the Musical Parody now showing on the big stage. Friends the musical offers nostalgic, humorous and all-round great entertainment so don’t miss out.